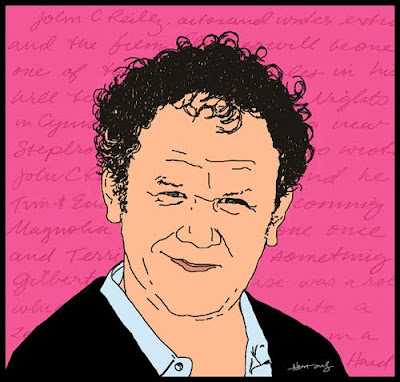 This Friday's advice comes from Oscar and Grammy nominated actor, singer, and screenwriter John C Reilly who you probably know from films like: Step Brothers, Talladega Nights: The Ballad of Ricky Bobby, Chicago, Gangs of New York, Boogie Nights, Casualties of War, Walk Hard: The Dewey Cox Story, and one of my favorites What's Eating Gilbert Grape. He'll be in the upcoming film The Dictator and Tim and Eric's Billion Dollar Movie but I interviewed him for the film Terri last year in which he plays a high school assistant principal.

Mr. Needles: What's your advice for students who are being bullied or having a difficult time in high school?

John C. Reilly: If you’re in high school and you’re freaking out about your place in the pecking order and you feel like a monster or an outcast and you feel like, in the deck of cards that is high school there’s the aces and the kings and queens and you’re like the three of clubs, just know that this is true for every single person in the world- the moment you get out of high school that deck of cards is thrown into the air and those who were kings and queens often end up the assistant manager at the grocery store and those who were the three of clubs end up on press junkets for movies starring themselves, it gets better for everybody, and you just have to get through it. Keep growing, keep moving and you’ll find the world that you need.

Full story: Short and Sweet NYC
Posted by Needlesville, N.Y. at 7:49 AM