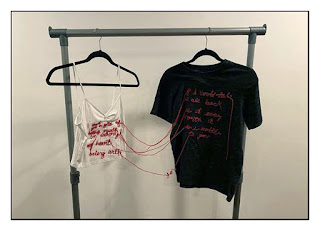 Congratulations to the following AP Art and Digital Media students on being recognized in the 2021 Regional Scholastic Art & Writing Awards! Good luck to Angelina and Alexandra (whose work is pictured above) who both won Gold Key awards and will be moving onto the Nationals in March, best of luck! I'm proud of all the hard work everyone has done and it's a pleasure to see your work honored!! 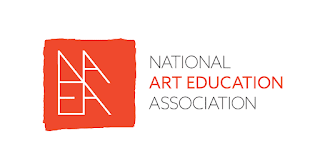 I was honored this week to learn that I was chosen as the recipient of the 2021 National Art Educators Association's Eastern Region Art Educator Award. I was to share this award with my students as this distinguishment is a reflection of our ongoing collaboration! 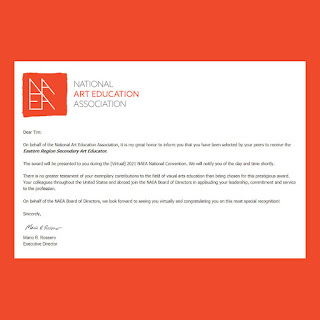 In today's National Art Honor Society meeting I'll be doing a short 20 minute workshop on creating creative, original Video Poems as a preview of Playfest 2021 this weekend. We will all create our own video poems ahead of National Poetry Month this spring when we will be sharing them.  The project which is included in my book STEAM Power is elastic and can be created with a variety of digital and traditional tools.
Posted by Needlesville, N.Y. at 7:52 AM No comments: 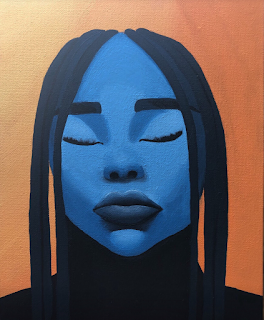 This week the AP Art will have their Midterm check-in in which we review your first 3 Sustained Inquiry artworks and your sketchbook summer assignment at the halfway point of the school year. The piece above is a creative example from Julianna who was in the AP class last year- the difference of what should be exhibited will vary with each of the 3 tests but the creativity, exploration, and self-expression should be consistent in all the work.

End of the Semester

This week is the end of Semester 1 which also means it's the last week of Photography. All assignments should be handed in by Wednesday so final grades can be tabulated for Friday.

Labels: End of the Semester

Our last assignment for the quarter will be a collaborative animation based on the band OKgo's music video for The One Moment. We'll be working together to digitally animate a short sequence which we will then share out on social media. the video can be seen above along with a behind the scenes sequence below that explains part of the process. 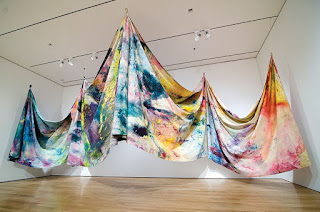 The DIA Art Center is offering a free gallery talk today on the color field painter and lyrical abstractionist artist Sam Gilliam. The talk is Live on ZOOM at 12pm today and requires registration here. He works on stretched, draped and wrapped canvas, and adds sculptural 3D elements. He is recognized as the first artist to introduce the idea of a draped, painted canvas hanging without stretcher bars around 1965. 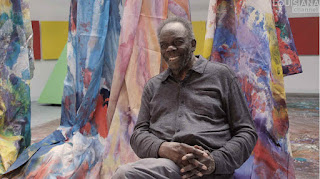 One of his notable works entitle Blue from 1991 (pictured below) can be found in the Jamaica train station here on Long Island (if you haven't been there yet odds are that you will one day). 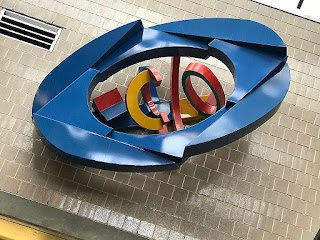 at the age of 87 Gilliam is still creating work and "trying to express something that is contemporary" such as these new works from Pace gallery below. 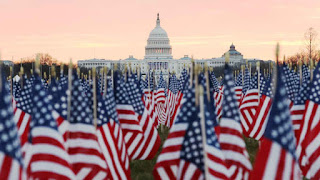 Today is Inauguration Day and it's one like no other before it so we'll take a moment to watch the event and view it in historical context as it occurs at midday. Since 1937, it has taken place at noon EST on January 20, the first day of the new term. Since the 1981 inauguration of Ronald Reagan, the ceremony has been held at the west front of the United States Capitol facing the National Mall with its iconic Washington Monument and distant Lincoln Memorial. From 1829 through 1977 most swearing-in ceremonies had taken place on a platform over the steps at the Capitol's east portico. They have also been held inside the Old Senate Chamber, the chamber of the House of Representatives, and the Capitol rotunda. The most recent regularly scheduled inauguration not to take place at the Capitol was the fourth inauguration of Franklin D. Roosevelt in 1945, which was held at the White House.

The first inauguration, that of George Washington, took place on April 30, 1789. All subsequent  inaugurations from 1793 until 1933, were held on March 4, the day of the year on which the federal government began operations under the U.S. Constitution in 1789. The exception to this pattern was those years in which March 4 fell on a Sunday. When it did, the public inauguration ceremony would take place on Monday, March 5. This happened on four occasions, in 1821, 1849, 1877, and 1917. Inauguration Day moved to January 20, beginning in 1937, following ratification of the Twentieth Amendment to the Constitution, where it has remained since. A similar Sunday exception and move to Monday is made around this date as well (which happened in 1957, 1985, and 2013).

Today Joe Biden's inauguration will occur without a large crowd due to the pandemic and heightened security after the recent Capitol events so they will instead be met with a sea of American flags on the National Mall. 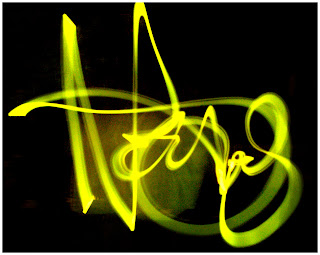 This week we are taking on Light Painting in Photography Class. We are going to each create a light painting either using free apps at home or different techniques and tools we learned about in class. Here are some examples from previous classes, I'll do a  demonstration this week to further explain the technique and we'll play with different approaches and lights to see what produces the best results! 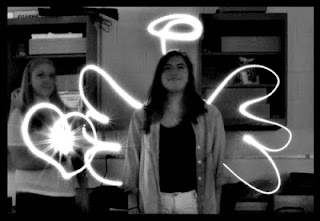 The talk given by NASA's Jet Propulsion Laboratory last night was terrific so I wanted to share some highlight's of how STEAM is an interictal part of the process in the work that is being done at JPL. The full talk can be see above, I asked a question which was the last to be asked about what lessons the creative technologists learned in school that still make an impact in the work they're doing towards the end of the talk we'll look at. I also found the origami Solar Sails to be facinating examples of sciene and art merging along with the concept of origami paper robots which is a magnificent STEAM innovation!

We believe in the power of science and art. Hear experts discuss how folding spacecraft saves space while traveling to space. Don't miss this live talk Thursday, Jan. 14, 7pm PT (10pm ET/0300 UTC). Reply with questions for a chance to be answered on air. https://t.co/OHmr2nNVL8 pic.twitter.com/Cnywl4r9T4

I recently began working with NASA's Jet Propulsion Laboratory and learned about a really terrific program online that begins this week. There is a live STEAM talk Thursday, Jan. 14 at 10pm sharing how NASA merged art and science together in creating origami-like folded parts to save space when traveling through space. The talk has some noted experts who will also be available for a Q & A, check out the link above for more information. 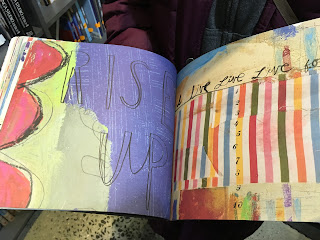 Today we will have another meeting of the National Art Honor Society and have our 1st Sketchbook Day of 2021! We'll begin by reviewing some of our new business for the year and then spend most of our session working together drawing and painting in our sketchbooks!

We are exploring the different careers in photography this week as we begin our research project. We began by learning about some of the most prominent careers in photography and looking at some notable elements of the jobs. Now you are being invited to choose a career of interest to explore further in greater detail for our research project and highlight a notable photographer in that career. Above is an example of a noted photography curator from the MoMA as an example.
Posted by Needlesville, N.Y. at 8:54 AM No comments:

Today the National Art Honor Society and SADD club will meet at 3pm to work together on a design for the train trestle mural we will be creating in St. James later this spring. Members should join in and be ready to collaborate on ideas and designs!

Studio Art: The Basics of Animation


In Studio Art we will learn about the basics of animation as we begin our short collaborative animation project. These 12 principles were laid out by Walt Disney's animators Ollie Johnston and Frank Thomas. 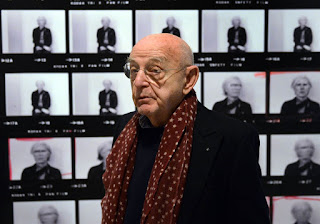 Widely known for his work with series, multiple exposures, and the essential use of text in his images, Duane Michals is one of the great photographic innovators of the last century. Michals will lead a candid discussion touching on topics such as metaphysics, personal identity, the nature of memory, photography, and filmmaking. The artist will be in conversation with the Princeton Art Museum Director James Steward on Thursday January 7 at 5:30pm on Zoom. Registration is free but must be completed in advance. 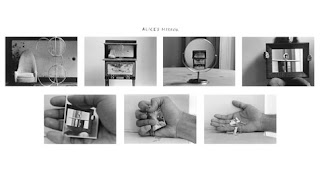 Welcome back and Happy 2021 to everyone!