It's been 11 years since the tragic events on September 11, 2001 and we will be watching a series of short animations created by NPR's StoryCorps along with animators the Rauch Brothers which show some of the personal stories from that day. 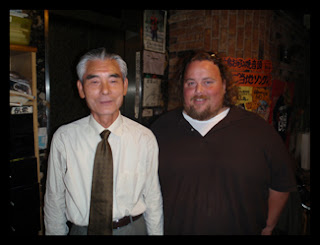 We will also be viewing a video clip from my trip to Hiroshima, Japan where I heard Mr. Tsugio Ito speak about surviving the atomic bomb where he lost his brother to leukimia and losing his son in the World Trade Center on 9/11 .
Posted by Needlesville, N.Y. at 8:24 AM