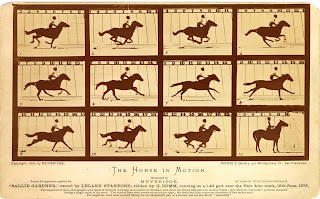 In Digital Media class we will learn the basics of Rotoscoping this week using both digital and traditional tools.  We'll begin today by collaboratively stroboscoping Edweard Muybridge's serial photographs that led the way to the creation of film in the 1800's. 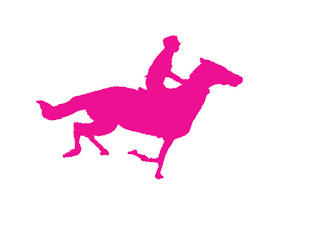 Each student in class will trace a different frame from the photograph above and we'll unite the frames into one larger animation. Above is the example from my classroom demonstration.  This will be due on Monday and we'll see in class how the frames are combined.  Below is a short explanation of what rotoscoping is and how the process developed.


This process is still used in films, often as a special effect in movies like Guardians of The Galaxy (Rocket Racoon), here's a list of a few examples. After the collaborative introduction we'll work together once again to create a longer piece like the example from the TED logo by students below.

Here's some more information about this process from the TEDx blog: What is Rotoscoping It also has some great examples from history of the process, one of the first examples by animator Max Fleischer who created the process in 1915 below.