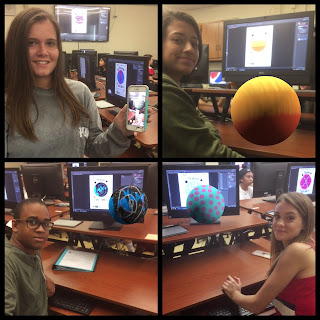 We will start Digital Media class today learning about the basics of Augmented Reality and how it works along with it's enormous potential.  Most students have experienced it while playing Pokemon Go so well touch on that interaction.

I'll also talk a little about Beta Testing and how I'll be part of Pokemon's beta test for the first Mewtwo invitation only raid later on this afternoon.  After we understand a bit about what it is we will create an augmented reality dot using the Quiver app to celebrate Dot Day.  Above are a few examples of students and their augmented reality dots from class!